An excerpt from Path of the Turquoise Warrior

The day began at the hospital like any other morning. I arrived feeling optimistic, hoping to find him awake and back to his chipper self. As I walked down the corridor towards the room, I imagined I’d find him smiling and talking with Frank and Adrienne, I envisioned Dad telling them how hungry he was and how he was going to go fishing once he was released from the hospital. I longed for that joyous man who I called Daddy. I grinned whimsically at our imaginary conversation, picturing his cheeks that seemed to dance with mischief as he thought of the next comment that would make me smile.

I walked into the room and found him lying peacefully on his hospital bed. The mere sight of him brought me back to reality, and the happiness I felt dissipated as I walked closer. I breathed deeply, trying to bring the peace back into my soul. I continued to his bedside and leaned over his resting body.

I whispered, “Good morning, Daddy. I had a good rest last night. I hope you did, too.

I stroked his hand while he rested peacefully. My mind returned to the daydream I just had. How I wished for a different welcoming that morning! I felt his hand and rested my face close to it for a short time. I began to think about what life would have been like if he hadn’t been stricken with cancer two years ago.

Frank sat quietly on the couch, watching us. Normally, he would be outside having a cigarette at this time of day. Uncle Paul was in the room by the window, hands in his lap, looking down at the floor. I noticed Pat was still there, as well, and wondered briefly if he stayed the whole night with Frank and Adrienne. Adrienne had left earlier to get some rest; she had to work later that morning. John had followed me into Dryden with his vehicle, but he had stopped to get coffee at Tim Horton’s to bring back to the hospital.

Frank and Uncle Paul spoke in hushed tones while I had my morning talk with Dad. I spoke with him about my wishes of seeing him awake and how I longed for his smile when I walked in. But I also assured him that it was okay that he wasn’t. He needed to rest and not be in pain. I whispered in his ear, letting him know I was happy that he was still with us and was able to hear us.

I heard the ambling footsteps of my older brother, John, on the hospital floors. I knew it was him because I’ve heard his gait for as long as I could remember. One leg took longer to reach the floor, which made his footsteps quite distinctive in sound compared to my other brother. Frank’s footsteps were more heel-based, perhaps reflecting his temperament as determined and stubborn. Ricky, on the other hand, had a quick, almost silent step. It was funny how childhood memories of my older brothers trying to scare me by creeping up on me came to mind at such a time.

It was John who walked into the room with a take-out tray of coffee cups. He set them by the window. I looked up briefly as he entered. He walked cautiously and quietly, trying not to bring attention to himself.

Uncle Paul sauntered over and grabbed a cup. He nodded at John and voice a quick thank you. They both stood quietly, congregating over a cup of coffee.

I smiled sadly and continued my idle chatter with Dad. My fingers resumed the slow caress of his hand. I noticed the feeling in the room was much different than the day before. There was a pent-up energy, a stifled feeling of uneasiness, as well as something else in the air. It seemed the five of us – Uncle Paul, John, Frank, Pat and I – would hold the morning vigil.

The sun shone through the window, casting its beautiful light on his sleeping form, warming him with its loving rays. I continued stroking his hand, willing my own life into him, and became lost in thought. Uncle Paul sat by the window in the same position I saw him when I first walked in that morning. Frank, John, and Pat sat in the “living room” area, which boasted a leather couch and oversized matching recliner, drinking coffee and solemnly chatting.

Not many words left my lips. I watched him breathe through the hose connected to his nose, seeing the rise and fall of his chest with the oxygen assisting each breath. I heard the faint hiss of air being pumped into his slumbering body. I gazed longingly at his face, hoping for any indication that he’d wake up and see me sitting beside him.

An overwhelming sadness suddenly surrounded me. Memories rose like a wave and battered me. I felt the deep undercurrent of happiness, love and sorrow, of forgiveness and disappointment, of acceptance and hardship begin to drag me down. I felt like I was drowning.

My soul screamed for release. I needed to get up. I needed to move. I needed air. I stood up abruptly as I knew I couldn’t let anyone see my face. I had to get control of myself. Panic was setting in fast, and I desperately had to escape the feeling that overcame me.

I felt my legs moving. I felt my hand unclasp from Dad’s and started for the door. I tried to shield my face, but I knew my nose gave my secrets away. Frank looked up as I passed him. His face reflected my look. I knew the tears would fall shortly. I had to leave.

Opening the main hospital doors, I felt my lungs open to the fresh air. I breathed in deep to control myself. I wanted to cry but knew if I did, my eyes would be puffy. I didn’t want anyone to see me cry.

I heard the doors open, and Pat hurriedly came out to check on me. “Are you okay, Vicky? You left so fast,’ he said, obviously concerned.

I smiled at him shyly, a sad smile, feeling somewhat embarrassed, and breathed in again. “I just needed some air. I got lost in my thoughts, and they got the better of me,” I responded.

He nodded his head and stood by me, letting me know I wasn’t alone.

“I’ll be okay,” I said weakly, trying to reassure him I was fine. “This is just so hard. I had to get out of there.”

He stood watching me as I composed myself. I heard the flick of a lighter as he lit a cigarette while he waited.

“I thought of what you said last night, and for some reason, I knew I had to come here this morning,” he confided.

I smiled my thanks and looked up into the sky, wondering briefly if I could control these feelings that were tormenting me. The feelings followed me outside, and in my mind’s eye, I saw myself with Dad’s big work helmet on my head, hand in his, walking down the hill to our home on Victoria Street in Wabigoon.

Tears began to tease the corner of my eyes again, so I decreased the rate in which I breathed in the cold, brisk air. Then anguish-filled words left my being in a rush. “I wish that things could be forever how they were when we were kids,” I said to no one in particular. I felt a tear fall down my face.

I nodded my head, feeling so small and alone.

“I’ve held it in for so long. Not crying, being strong. But today, it was my own fault that the tears came flooding through me like they did,” I cried out, exasperated.

The hospital door opened before Pat could respond. John walked outside, right toward us. The look on his face was blank.

A tear-jerker excerpt from my book, Path of the Turquoise Warrior, a memoir I wrote 5 years after I lost my father to stage four prostate cancer. It’s been 10 years today that he’s been gone, and as I retyped these words more poignant thoughts sprung to mind.

The human spirit is resilient and amazes me. I still tear up from time to time thinking of moments I spent with my father in his last days with us. I miss him terribly every day. I imagine he looks in on me from time to time, and hopefully he is happy with what he sees, although I continue to grieve. Grieving is such a personal thing, and every situation is unique, no one can say they grieve more or less than anyone else, over time with acknowledgement and acceptance of grief, resilience begins to happen.

My father passed on March 4, 2010. Smiling back on my life with him in it, I realized just a few years ago he was so cryptic about many things. He would say things to me and at the time, his words wouldn’t make sense to me, but years later, out of the blue, they would make sense to me, and I would find myself chuckling quietly to myself. He was a wise man who taught me to look deeper into everything.

March FOURTH. MARCH FORTH. My father clung to life for days even when we wondered why he was still with us. My father was a warrior, a kind man, a caring man, a family man, a loving man, and a cryptic man who wanted to leave another cryptic message for us to realize.

March Forth. An inspirational message from a very courageous man who I called Dad.

Meegwich my beloved father. It took me a while to realize your message through my grief. You continue to amaze me with your wisdom and cryptic-ness even after your passing.

I shall MARCH FORTH, I shall keep going! As you have always wanted me to. 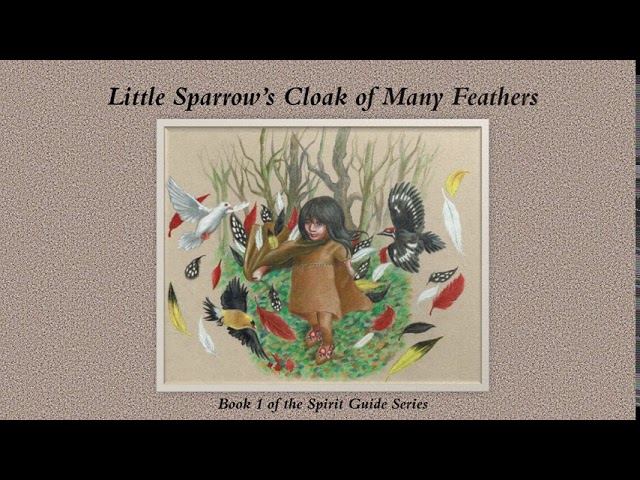 An excerpt from Path of the Turquoise Warrior

Muses of a Budding Writer